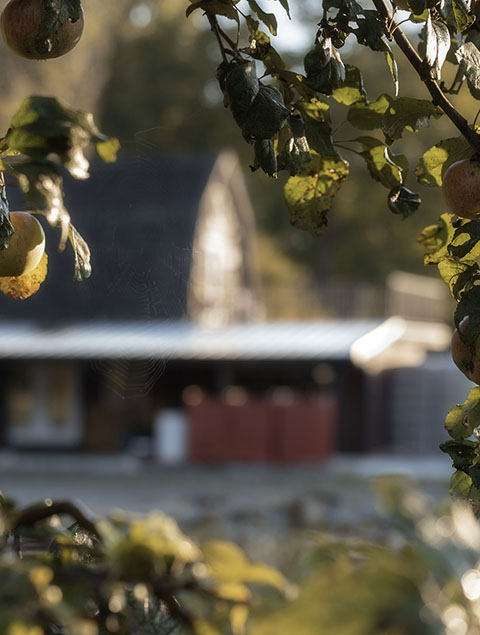 Welcome to the Affinity Ciderhouse blog, where I’ll be posting the stories behind the Cowichan Valley’s latest up-and-coming craft cidery. I’ll kick off by answering questions like, “Who are we?”, “What’s special about Affinity cider?” and “When will it be available to purchase?”.

My name is Kieran Holdsworth, at the moment I am the only employee and the general manager of the ciderhouse. Though the cidery has been my primary occupation for the past several years, it is only the latest addition to the broader property known as Affinity, known for the long-running Affinity Guesthouse.

Starting as an intern at Affinity, farming is what brought me to the Cowichan Valley four years ago.  I was able to get some firsthand experience in market gardening and see for myself just how fertile the soil and climate really are. I also became aware of how enduring the past agriculture is, still visible in the wild asparagus dating back 100 years, pushing up through the marsh grasses every spring. Particularly striking were the sheer number of apple trees dotting the estuary, some wild, some carefully planted and then forgotten. It was this observation that led to the Cidery.

Tanner Elton—owner of Affinity—and myself had been talking about products that would enhance the farm, and that we’d be excited to share with the community. The apples provided a tantalizing opportunity. Initially the conversation was about apple cider vinegar, but quickly moved onward (or rather backwards, in terms of fermentation) to cider. I knew little about cider then, just enough to believe it couldn’t be that hard to start a cidery, and not enough to know better.

Now, in the spring of 2021, I find myself at what feels like a milestone. The first batch is bottled, and ahead is the market, uncertain and thrown into disarray by a global pandemic. It feels good to have made it this far, and at once daunting knowing what’s still ahead. In the next post, I’ll detail some of the hurdles yet ahead, so stay tuned!